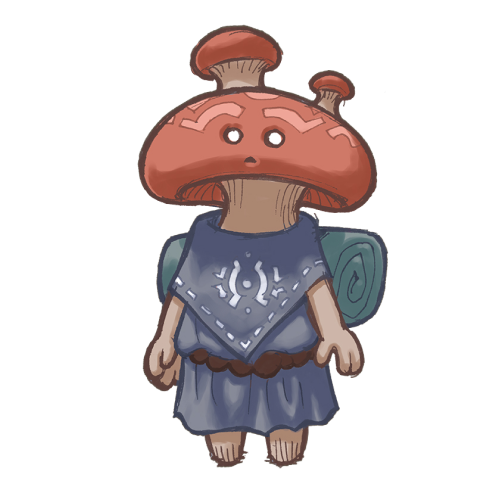 If you are an audiologist and using Sound Storm with a client for the first time, we want to give you an insight into what to expect from the Sound Storm journey. In particular, the progress report and how to interpret it.

The success of Sound Storm remediating Spatial Processing Disorder in children is based on a clinical remediation algorithm.

Key to the app’s success is its engaging interface that comes to life with an immersive narrative that is compelling to children and encourages participation with daily and weekly rewards.

The success of the program is reliant on the parent/guardian’s ability to support their child’s commitment to completing the 10 weeks. This can not be stressed enough. 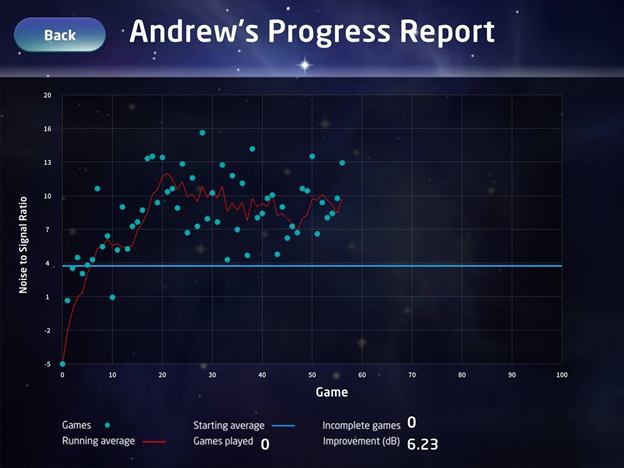 What is ‘normal’ and what can I expect?

There are extensive ‘norms’ for the processing performance of children of different ages built into the LiSN-S diagnostic test used to diagnose Spatial Processing Disorder (the condition that Sound Storm has been designed to treat). However, there are no separate age-related norms for Sound Storm itself.

Any measurement on LiSN-S (and other tests) have some measurement uncertainty due to multiple factors such as the test environment, the attention levels of the subject and other contributing factors. As a result, when considering what is ‘normal’, it is useful to think about the change from the starting average rather than a comparison to other children and environments where the app is being used.

Typically, however, we see performance gradually improve from wherever the child starts [often a noise-to-signal ratio (NSR) of between 0-10 dB, up to an NSR around 15-20 dB]. That is, the child can then function in much more noise than before training. Of course, there are day-to-day fluctuations up and down, but that is the typical long-term trend.

What if the running average is not moving up and to the right?

This can happen for a number of reasons, firstly the child may have lost interest in the game or is not getting appropriately rewarded. If this is the case, try using rewards other than those contained within the game.

Alternatively, they might be young and have developed as much as possible for the age they are at when playing the game or have suffered from a middle ear infection and/or hearing loss while using the app.

Sound Storm has been proven to completely remediate cases of Spatial Processing Disorder, long term. However, an audiologist should retest the child using the LiSN-S test to compare their pre- and post-training scores and to confirm if their spatial processing deficit has been resolved.

The Cameron et.al. (2011) study looked at the test-retest reliability of the LiSN-S and reported critical difference scores. These values show how much the scores need to change in order to infer a genuine improvement for each condition.

If you are unable to reassess the child using the LiSN-S test, you can also look at ‘real world’ changes.

Additionally, questionnaires, for parents, teachers or the child, can be used to evaluate listening difficulty include the Listening Inventory For Education - Revised (LIFE-R), the paediatric Speech, Spatial and Qualities of Hearing Scale (SSQ) or the Client Oriented Scale of Improvement – Child version (COSI-C). If you plan to use the COSI-C, remember to set goals prior to commencing the training, and then check if the goals have been met at the training’s conclusion.

How can compliance be improved?

Parents/guardians play a critical role in their child’s successful completion of the Sound Storm game. Encourage them to sit with their child in a quiet room, without distractions, while each day’s game is completed. Children under 8 years of age, in particular, will benefit from this.

Verbal encouragement and support is recommended, such as: “You’re doing great, keep going!

Remind parents/guardians that the game is not a ‘set and forget’ tool – their commitment is as important as their child’s.

Encourage parents/guardians to listen to the program before their child starts so they know what their child will be experiencing.

At the end of each session, a parent/guardian should talk their child through the results and explain what they mean. This will encourage further compliance and improvement.

Weekly and end of program rewards (separate to the rewards built into the Sound Storm game) are also useful for encouraging compliance. For example, a parent/guardian may implement a visual reward chart for the child with a reward at 50 games and then 100 games.

If a child is getting frustrated or upset during a session, let them take a break for a few days.

Once the program is completed (100–120 games), a clinical retest with LiSN-S is recommended to check for successful remediation of the child’s Spatial Processing Disorder.

What happens if a child presents with an ear infection or fluctuating hearing during the Sound Storm treatment?

It is advisable to stop using Sound Storm and wait until the infection or other condition has cleared.

Find out who's behind Sound Storm